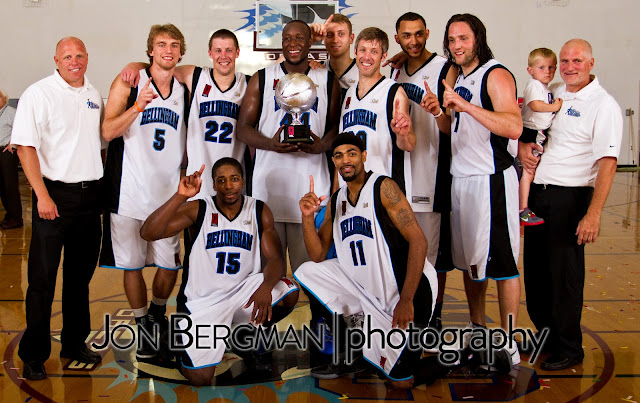 The Bellingham Slam rise to the top of the International Basketball League once again by defeating the Portland Chinooks Sunday, July 8th at Whatcom Pavilion. Home court and home crowd was clearly the advantage as the Slam performed victoriously in front of their fans. Despite trailing early in the first half Bellingham quickly gained control of the tempo and dictated their will over Portland, building a 30-point lead in the fourth quarter. Morris Anderson ended the evening with 29-points while leading Bellingham to their second IBL title. Final score 142-109. Click here to view photos from the game.
Posted by Jon Bergman Photography No comments:
Email ThisBlogThis!Share to TwitterShare to FacebookShare to Pinterest 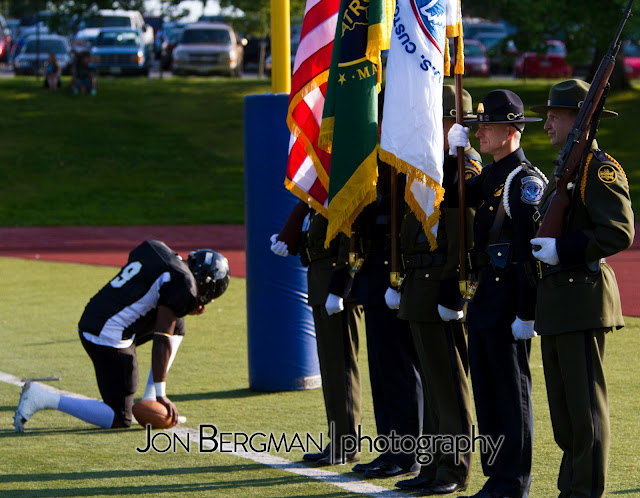 The Bellingham Bulldogs and the Grays Harbor Bearcats, two Pacific Football League teams, took to the sun drenched field of battle Saturday, July 7th to see who would survive and head to the North Division Championship. Both teams had a claim to the right and would need to prove themselves worthy to advance.

The Bearcats exercised efficiency at the start, moving the ball quickly on their first possession, but the Bulldogs defense would not break. Bellingham's offense answered the challenge and pushed deep into the red zone for a touchdown on the backs of their running game. The Bulldogs defense countered and punched the Bearcats back with two sacks and an interception. Bellingham would score again on the legs of running back Vann Vetch.

The Bearcats were now on their heals, pushed around by the running attack they allowed the Bulldogs passing game to take flight. Quarterback Leon Lilley connected with wide receiver Douglas Miller on a 35-yard touchdown pass and a 21-0 lead in the second quarter.

Grays Harbor would not concede victory that easily, taking to the sky themselves, the Bearcats scored a touchdown and would add a 33-yard field goal before the end of the half. However the Bulldogs would respond with another 35-yard bomb for a score by Toby Seim.

The battle seemed bleak for Grays Harbor at the start of the second half. Bellingham would pickup another five points from a 27-yard field goal and a fumbled punt snap that lead to a safety. The Bulldogs defense racked up a fifth sack and a kick return for a touchdown by Toby Seim spelled doom for the Bearcats.

Grays Harbor clawed their way to 21 points in the fourth quarter but despite their courage and heart they could not overcome Bellingham's lead as time expired. Final score 40-30. Click here to view photos from the game.
Posted by Jon Bergman Photography No comments:
Email ThisBlogThis!Share to TwitterShare to FacebookShare to Pinterest 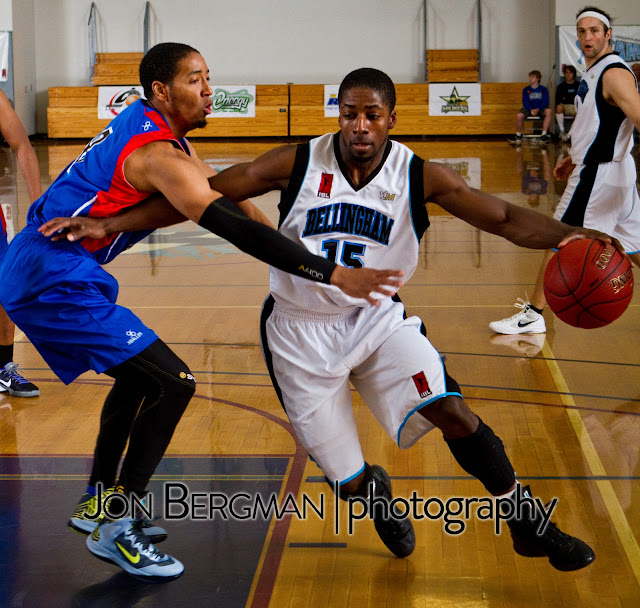 The Bellingham Slam defeated the Vancouver Volcanoes Friday, July 6 at Whatcom Pavilion in the semifinals of the 2012 International Basketball League playoffs. Bellingham is now heading to a championship battle with the Portland Chinooks Sunday, July 8 at Whatcom Pavilion. The Slam coming off the convincing win over Vancouver will have plenty of momentum and the home court advantage. Final score 127-98. Click here to view photos of the game. 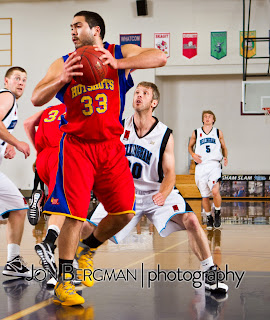 The Bellingham Slam wrapped up the 2012 International Basketball league regular season with a solid victory over the Oregon Hotshots Sunday, July 1 at Whatcom Pavilion. Coming off a loss the previous night to the Portland Chinooks, the Slam needed a win to lockup the #1 seed throughout the upcoming IBL playoffs. Bellingham began the night undermanned, dressing only seven players. However they would not let that be a disadvantage. All seven Slam players ended the night with double-digit scores and utilized their defensive game to keep the Hotshots from gaining the lead throughout the night. Now the #1 seed Slam look forward to Friday night at Whatcom Pavilion to take on their next opponent in the semi-finals of the 2012 IBL tournament. Final score 149-103. Click here to view photos from the game.
Posted by Jon Bergman Photography No comments:
Email ThisBlogThis!Share to TwitterShare to FacebookShare to Pinterest
Newer Posts Older Posts Home
Subscribe to: Posts (Atom)