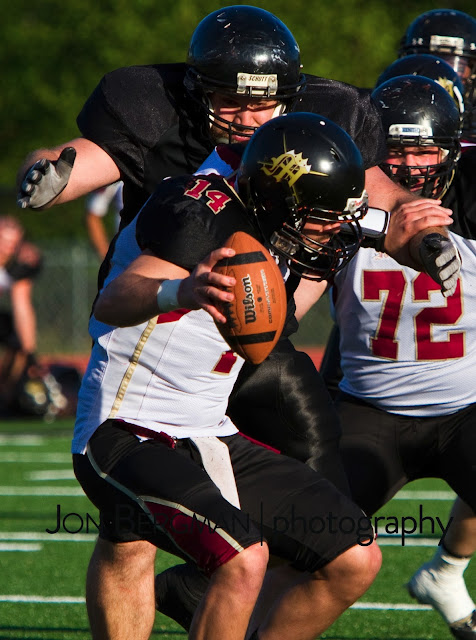 Bellingham's defense continued to punish Portland throughout the third period and into the fourth. Toby Seim completed the hat-trick with a third touchdown reception from Leon Lilley and linebacker Sean Hicks added to the scoring with an interception return for a touchdown. The Monarchs would score twice more and convert on both two-point attempts but the game was too far out of reach. Final score: 45-22. Click here to view photos from the game.
Posted by Jon Bergman Photography
Email ThisBlogThis!Share to TwitterShare to FacebookShare to Pinterest