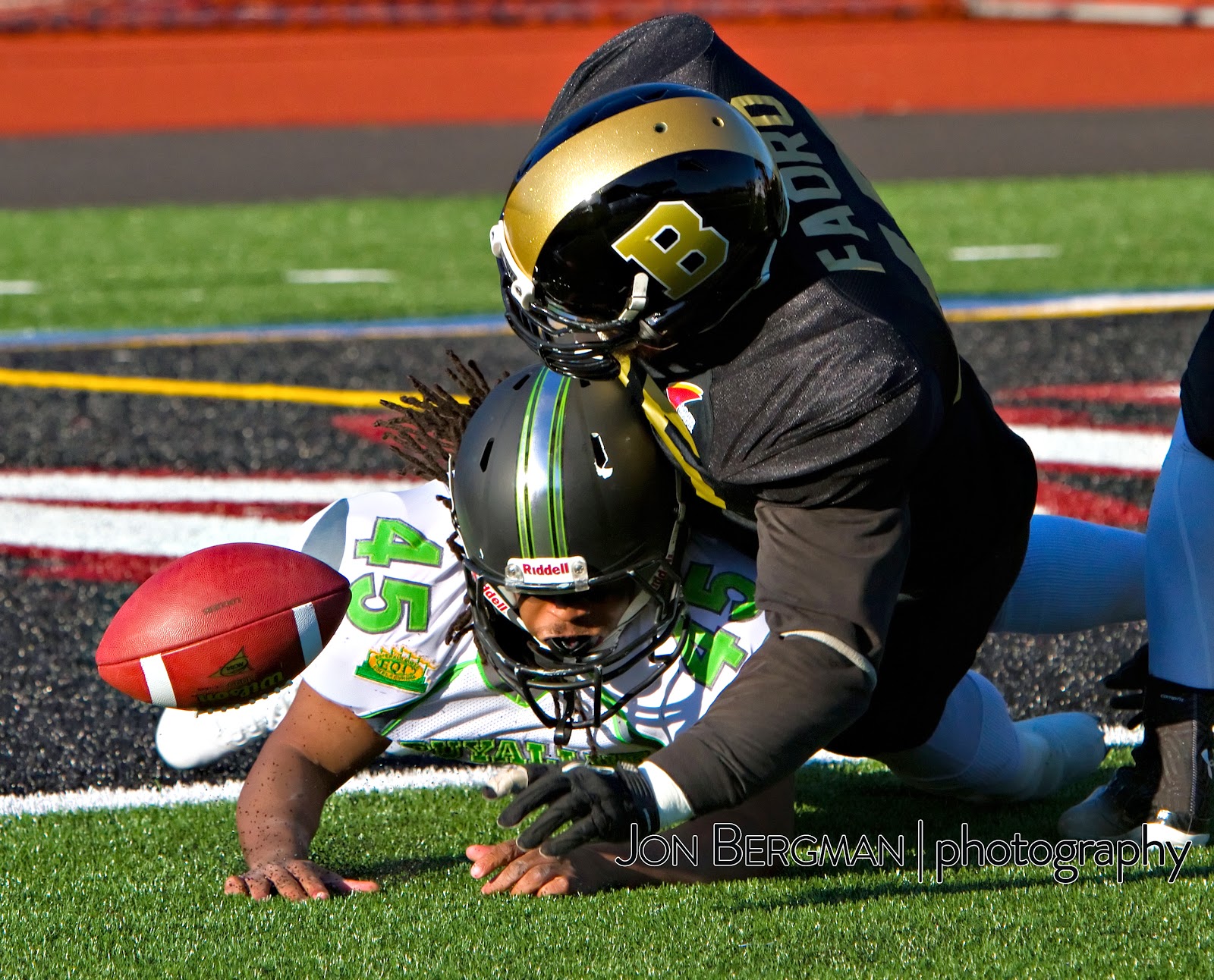 The Bellingham Bulldogs began the 2014 Pacific Football League season with a non-league match against the Puyallup Nation Kings of the Western Washington Football Alliance Saturday, April 12th at Lummi Nation School. Bellingham started flat and sluggish. The offense had a difficult time maintaining a consistent drive. The Kings in contrast came prepared to win. Dictating tempo and moving the chains at will. The Bulldogs quickly fell behind by two touchdowns with Puyallup creating opportunities through a read-option style offensive attack.

Bulldogs quarterback Eric Taylor orchestrated a long drive late in the first quarter to put Bellingham on the score board. The Kings would answer the Bulldogs touchdown with one of their own at the beginning of the second period. The Bulldogs offense was just getting warmed up. Two more drives by Bellingham resulted in a touchdown and field goal but a kick return for a touchdown by Puyallup sent the Bulldogs into the half with a large deficit to overcome.

The Kings opened up the half by playing clock-ball. Relying heavily on their running game, Puyallup chewed up time in the third quarter. Bellingham's defense forced a fumble giving the offense a quick scoring opportunity. But another clock-eating drive by Puyallup at the end of the third kept their lead at arms length.

Eric Taylor tried to keep hope alive for the Bulldogs with a scoring drive at the start of the fourth but back-to-back touchdowns by the Kings killed any chance for Bellingham to pullout a comeback. Final score: 36-47. Click here to view photos from the game.