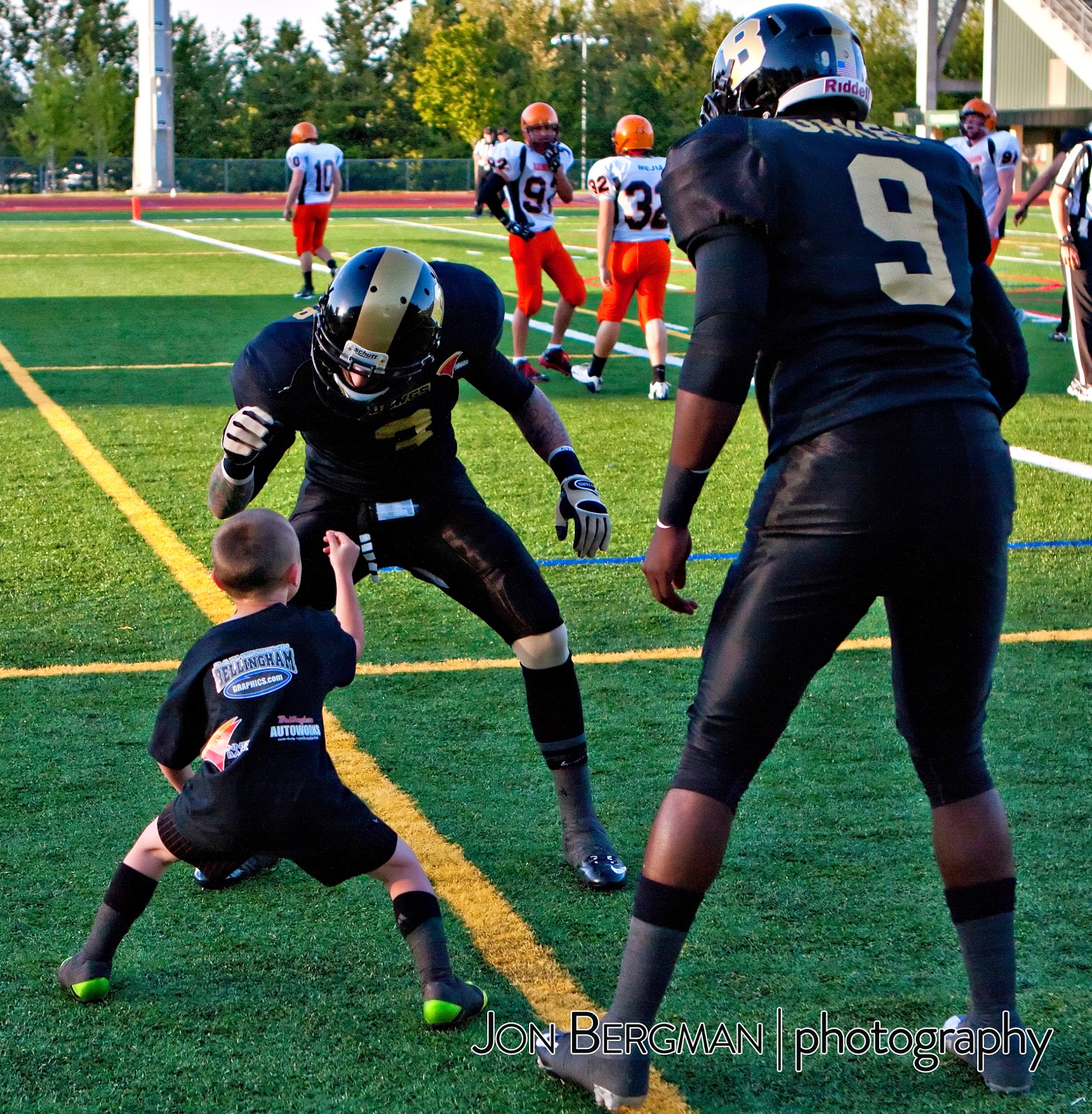 The Bellingham fans were also treated to a rare on-field cameo appearance by the Bulldogs coaching staff who decided to suit-up for a few plays. Coaches Brian Young, James Darling, Addison Perrin and General Manager Don Oneida made their way onto the field. The proud Bellingham Bulldogs have their swagger and look to making a run at the playoffs. Final score: 55-0. Click here to view photos from the game.
Posted by Jon Bergman Photography
Email ThisBlogThis!Share to TwitterShare to FacebookShare to Pinterest