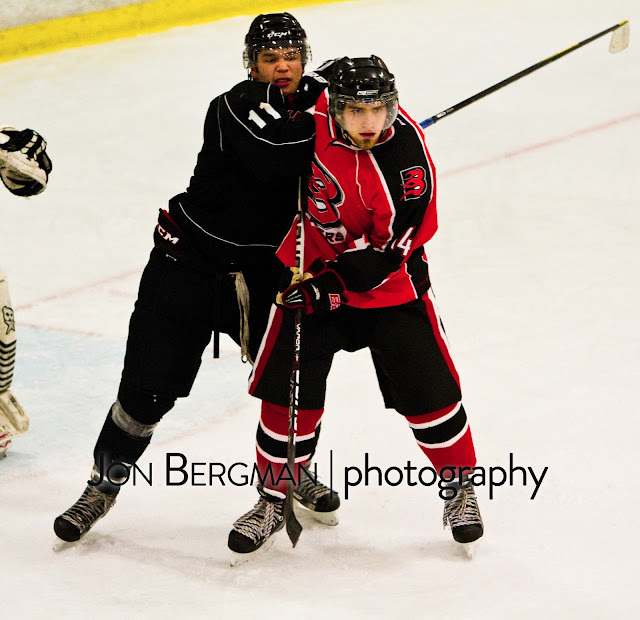 The Bellingham Blazers closeout the 2012-2013 NOR PAC regular season with a three-game sweep of the Vancouver Vipers, capping the weekend with a blowout at the Sportsplex Saturday, March 2. The Vipers struck early, scoring in the first 30 seconds of the first period. The Blazers attacked the net with 20 shots-on-goal but did not score until the final minute of the first, matching the Vipers as the headed into the second. Vancouver held off the Blazers assault as long as they could yet in the final three minutes of the second period Bellingham scored three goals. Their domination continued into the third scoring six more goals, only allowing the Vipers to score once more. The Blazer head into the playoffs with all the momentum to make a run for the NOR PAC title. Final score 10-2. Click here to view photos of the game.
Posted by Jon Bergman Photography
Email ThisBlogThis!Share to TwitterShare to FacebookShare to Pinterest