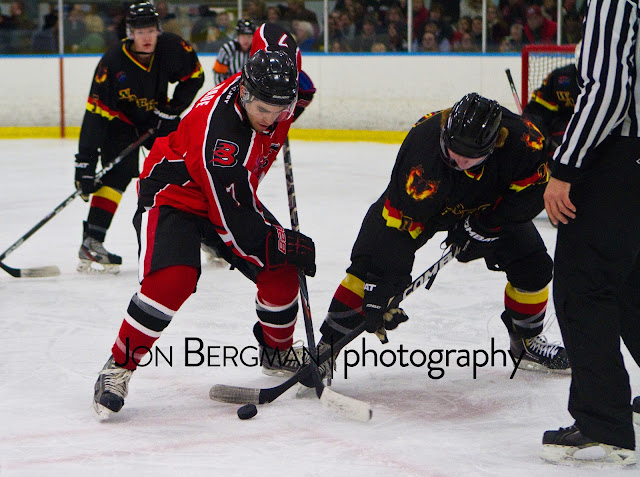 The Bellingham Blazers lose their first home game of the 2012-2013 season to the West Sound Warriors Saturday, October 20th at the Sportsplex. The loss was disappointing after the Blazers jumped out to an early lead in the first period when Blazer forward Cody Rich scored the only goal in the period. West Sound rallied and scored three unanswered goals in the second period. Bellingham forward Micky Turner kept hope alive with another score late in the second but West Sound struck again before the end of the period. Adam Papayoanou, Blazers forward, tacked on a goal in the third to bring Bellingham within a score of the Warriors however West Sound dashed their hopes with another goal and put the game out of reach. Final score: 5 to 3. Click here to view photos of the game.
Posted by Jon Bergman Photography
Email ThisBlogThis!Share to TwitterShare to FacebookShare to Pinterest

"They use it to escape actuality, and fogeys use these games as babysitters." GSN's casino app is among the many highest-grossing apps in Google's 1xbet and Apple's app shops. Click here to learn extra about all the different slots at Bitstarz. There are additionally plenty of great table games like Texas Hold ’em, Sic Bo, Oasis Poker, and much more.