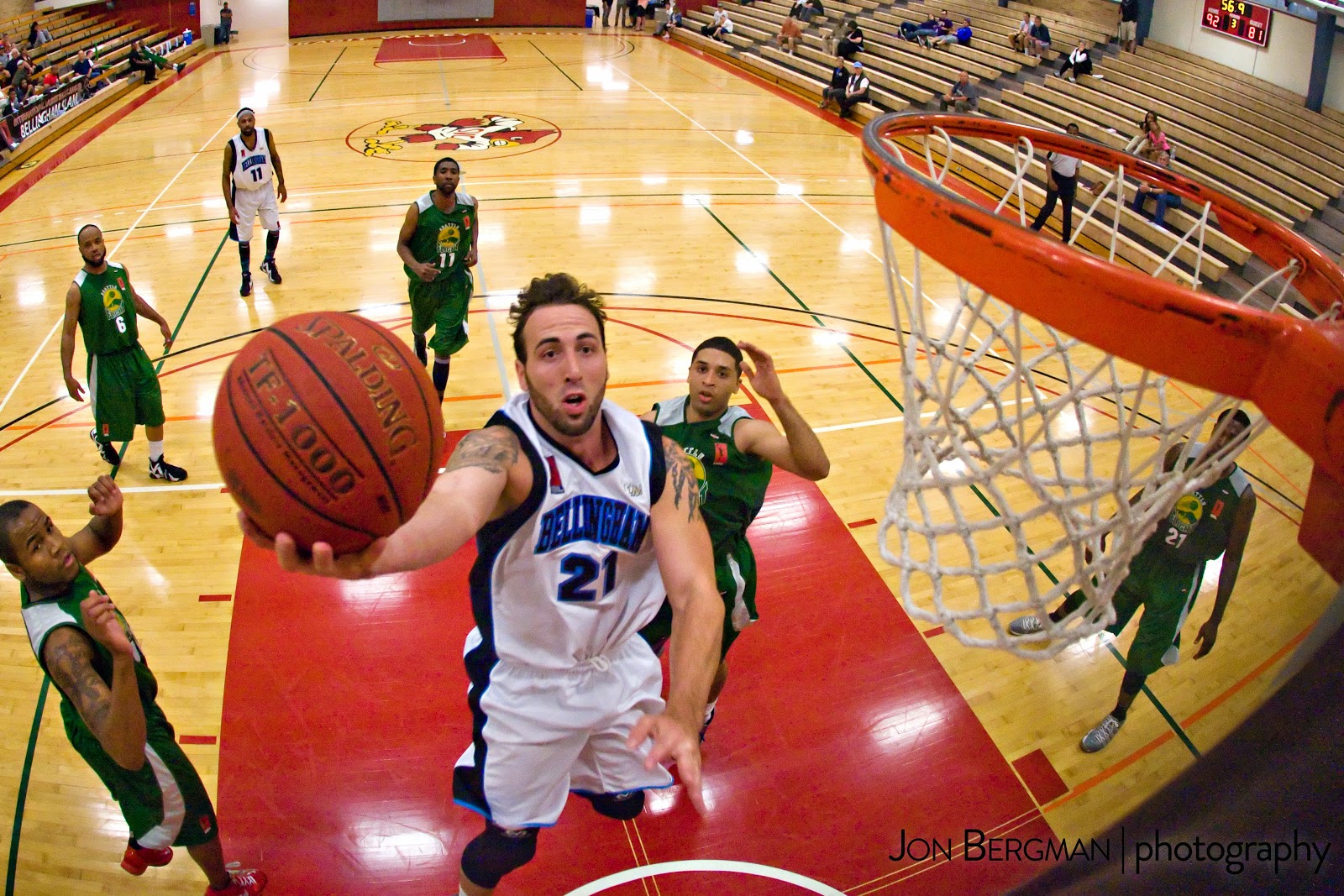 The Bellingham Slam racked up their 11th straight win on the 2014 International Basketball League season and completed their season sweep of the Seattle Flight at DuVall Pavilion in Mount Vernon Friday, June 20th. The Flight were out-maned and out-matched, with only six on the night's roster, Seattle could not keep pace with the fresh legs of the Slam's bench. Rico Wilkins lead all Slam scorers with 27 points. Bellingham has a 13-2 overall record and are alone at the top of the IBL standings. Final score: 139-118. Click here to view photos from the game.
Posted by Jon Bergman Photography No comments:
Email ThisBlogThis!Share to TwitterShare to FacebookShare to Pinterest 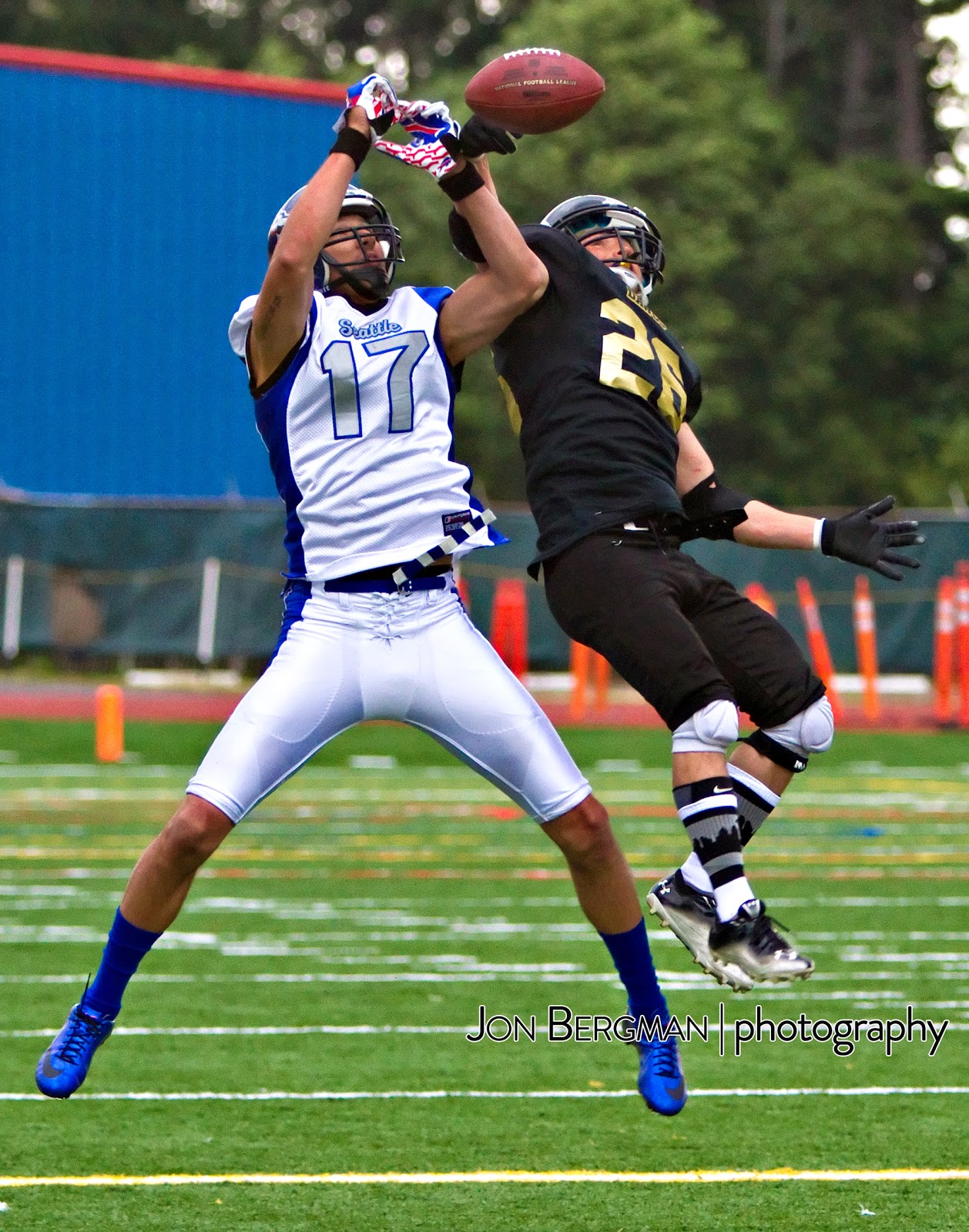 
A big punt return by Miguel Pierre early in the fourth quarter turned into a circus catch for a touchdown from Taylor to Seim. Proving that Toby is back at full strength. The Bulldogs' defense would add one more interception for the night and would stand firm despite a blocked field goal attempt returned for a touchdown by the Stallions. In customary Bulldogs fashion, the defense closed out the game with a walk-off sack, executed by Josh Heard. Final score: 27-18. Click here to view photos of the game.
Posted by Jon Bergman Photography No comments:
Email ThisBlogThis!Share to TwitterShare to FacebookShare to Pinterest 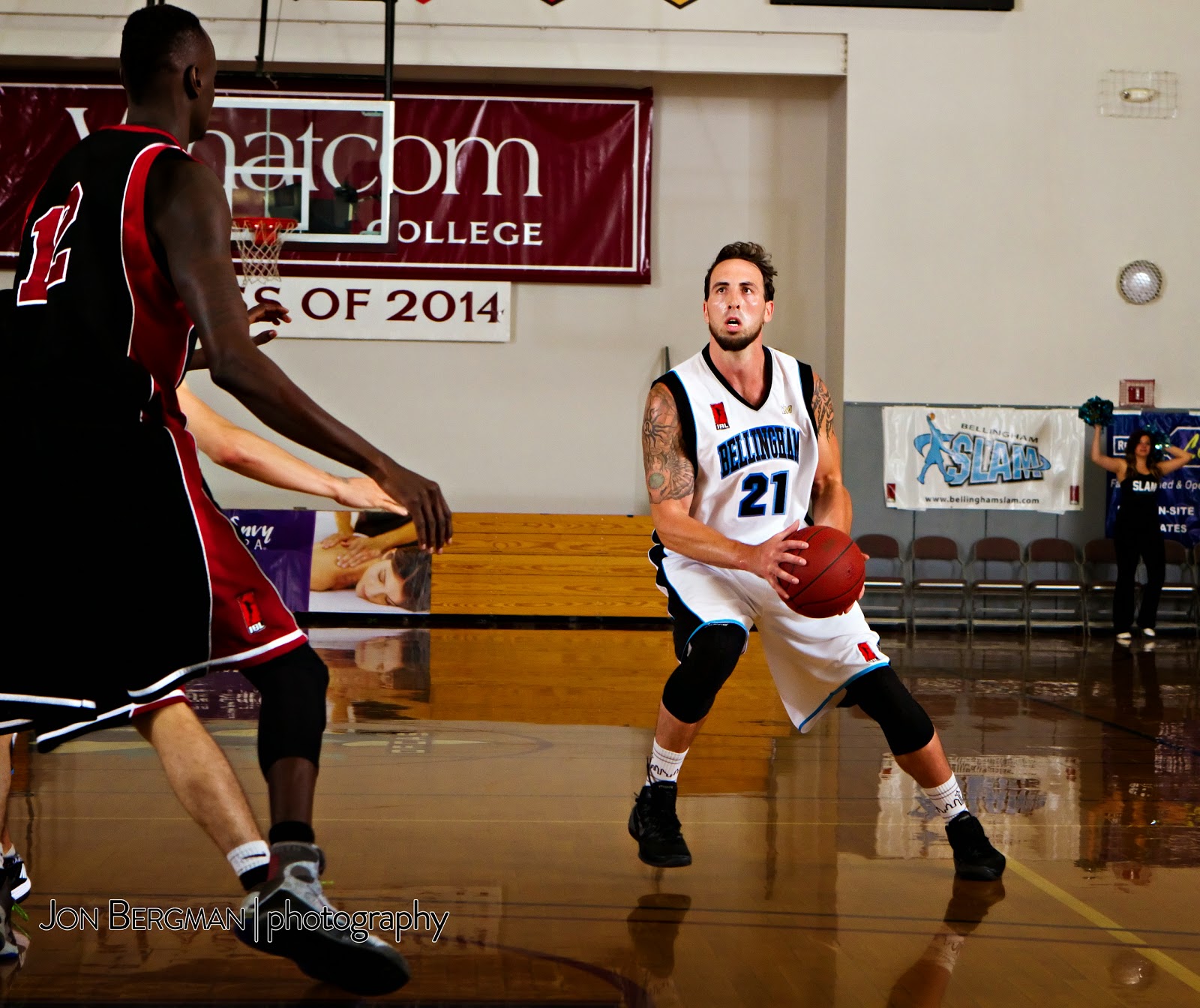 The Bellingham Slam take their winning streak to nine in a row as they beat a team of the International Basketball League stars Friday, June 6th at the Whatcom Pavilion. Slam head coach continues his roll as player/coach, coming off the bench to contribute 14-points, 9 rebounds and 4 assists in the winning effort. Blake Poole lead all Slam scorers with 26-points. The Slam are now into the home stretch with their sites set on the IBL playoffs and another run at a championship. Final score: 136-118. Click here to view photos from the game. 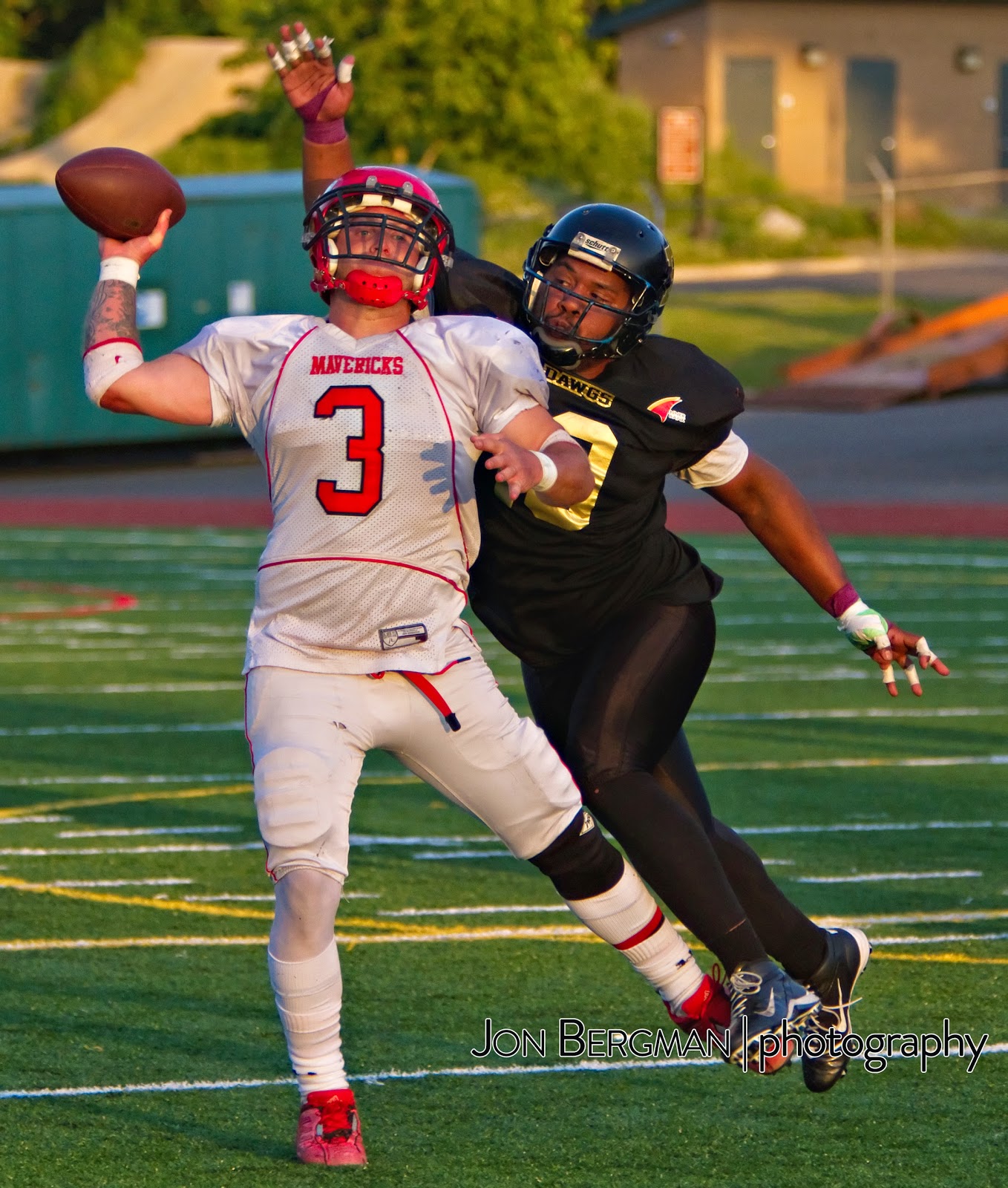