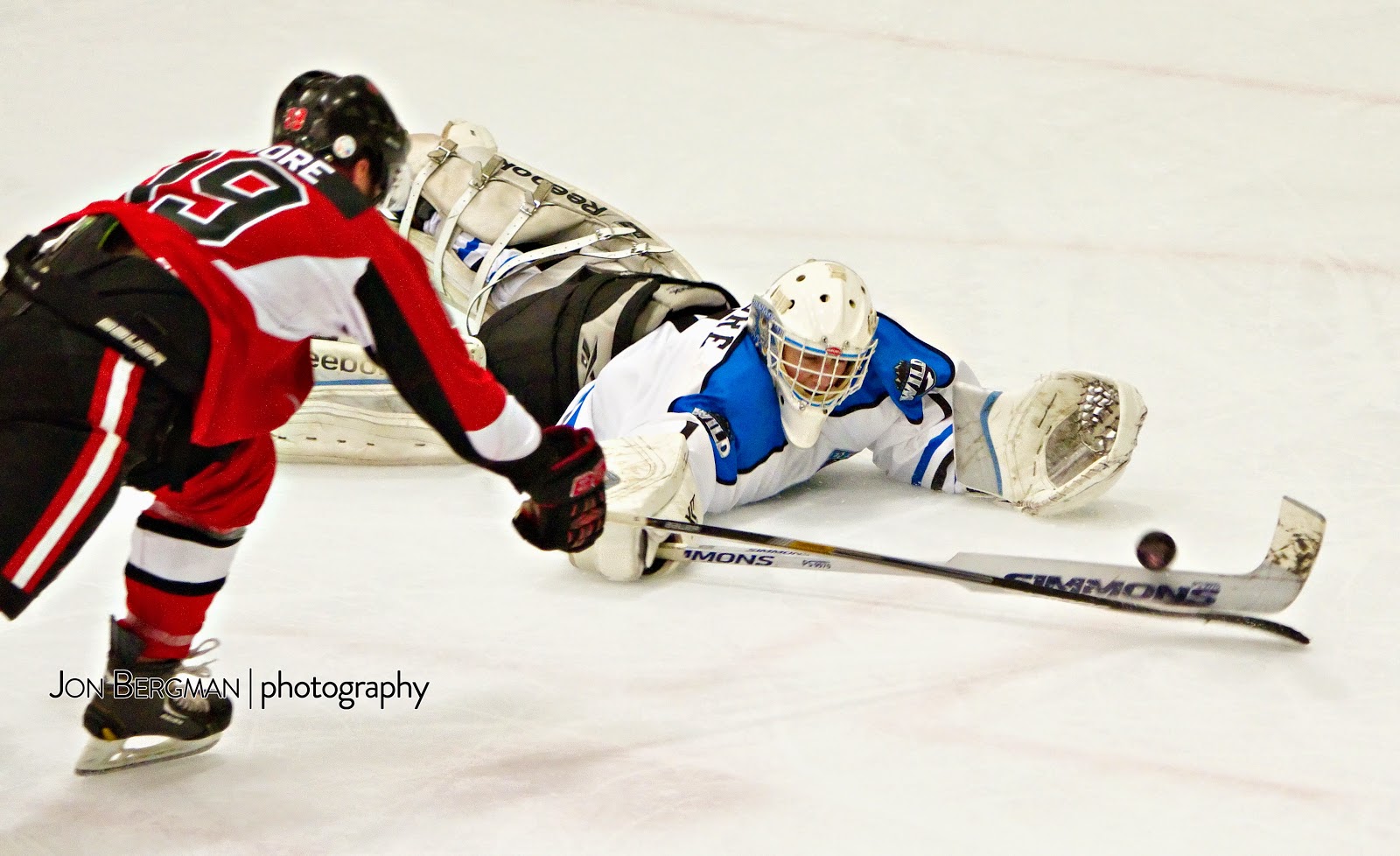 The Bellingham Blazers played host to the Wenatchee Wolves in their first season with the Northern Pacific Hockey League Friday, October 24th at the Sportsplex. Wenatchee is no stranger to hockey, having a team in the North American Hockey League known as the Wenatchee Wild. This was the first regular season match up between the two franchises. Both teams began by sizing up the other. Skating up an down the ice, both teams tested the others defense and goalie with multiple shots on goal. However Bellingham would find the net first and held the lead going into the second period. The Wolves came roaring back, quickly scoring twice in the second period and took the lead. The Blazers tied the score before the end of the period and carried that momentum into the third. Bellingham torched the net with four unanswered goals in the final period. Wenatchee would tack on one more goal but it was too little too late as the Blazers closed out the game with their seventh goal. Five Blazers found net including forward Nick Scherbinin with a blistering hat-trick, his first of the season. Final score 7-3. Click here to view photos from the game.
Posted by Jon Bergman Photography No comments:
Email ThisBlogThis!Share to TwitterShare to FacebookShare to Pinterest 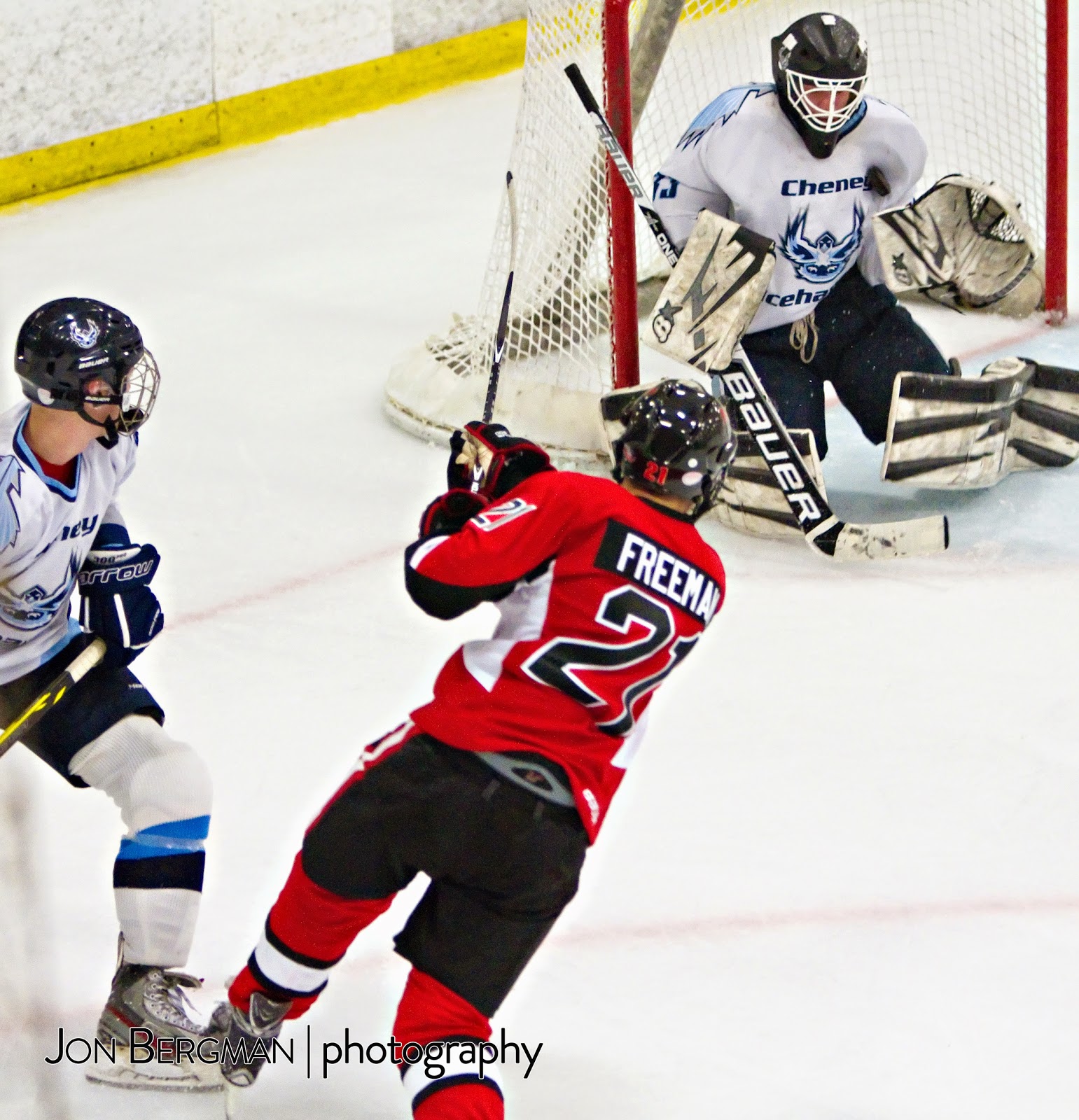 The Bellingham Blazers hosted the visiting Cheney Icehawks and dominated the ice Saturday, October 5th at the Sportsplex. Bellingham set the net ablaze in the first period with 25 shots on goal, seven finding the back of the net. The barrage never let up as the second and third periods echoed the first. With 20 and 27 shots on net in the final two periods resulting in 6 more goals, Bellingham closed out the match. Nine Blazers scored goals, four goals belonging to forward Boris Knyazev. Final score 13-2. Click here to view photos from the game.
Posted by Jon Bergman Photography No comments:
Email ThisBlogThis!Share to TwitterShare to FacebookShare to Pinterest
Newer Posts Older Posts Home
Subscribe to: Posts (Atom)