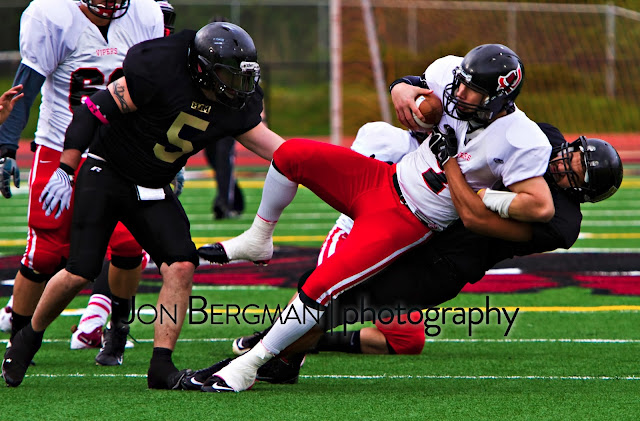 Both teams moved at a fevered pitch as the dark and ominous clouds silently rolled in for the second half, which began with an interception by Bellingham linebacker Sean Hicks. This lead to a cascade of scores from the Bulldogs including a pair of touchdown strikes from Lilley to Seim and a powerful touchdown run by wide receiver John Murphy. The Vipers would score once more in the last seconds of the game but ultimately this would prove to be too much for Vancouver to overcome. Final score: 47-20. Click here to view photos from the game.
Posted by Jon Bergman Photography
Email ThisBlogThis!Share to TwitterShare to FacebookShare to Pinterest