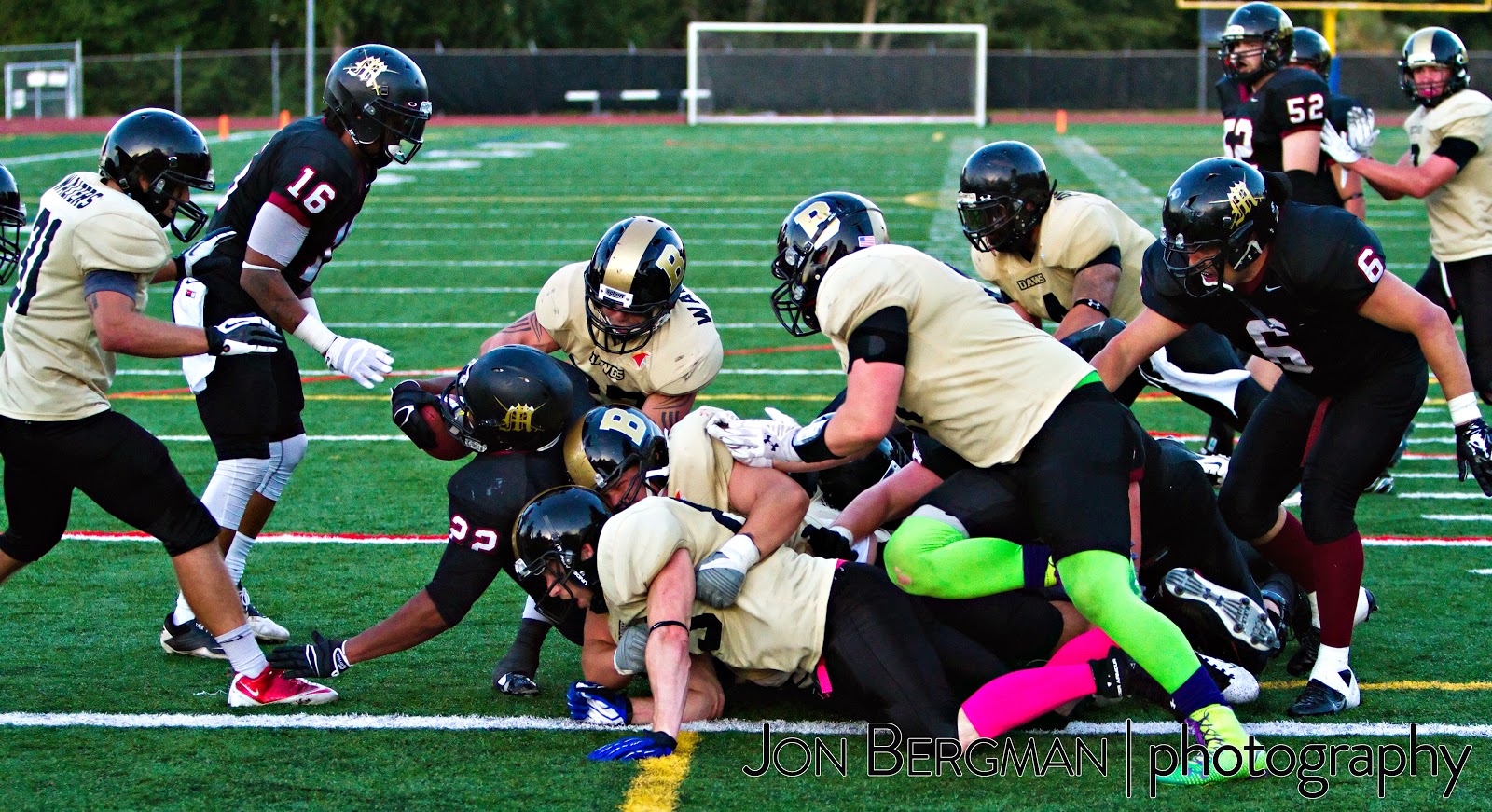 The Bellingham Bulldogs complete their 2014 Pacific Football League season with a first-round playoff upset at the hands on the Portland Monarchs Saturday, July 12th at Civic Field. The Bulldogs stood atop the PFL North Division with a 6-2 record (7-3 overall) and was the clear favorite to make a repeat appearance in the PFL Championship game. But the 3-5 (5-5 overall) Monarchs would not secede victory based on the standings.

A rare occurrence of sunshine in Bellingham had baked the field all day, combined with a stifling humidity, the players on both sides played a bit sluggish to start. After a turnover on downs by Bellingham on their first possession Portland drove the ball down field only to fumble on the 2-yard line. Eric Taylor took control and marched his Bulldogs the length of the field with a mix of runs and short passes, capping the drive with a 19-yard touchdown pass to Douglas Miller. Portland would answer quickly as a defensive gaff allowed quarterback Phil DuPont to find wide receiver Russell Millage deep behind the Bulldogs pass defense for a 58-yard touchdown.

Portland began to push the Bulldogs defense around in the second quarter, moving the ball at will. But Bellingham would not quit, forcing another fumble in the Monarchs red zone, killing their scoring opportunity. Both offenses stall as the next series of possessions end in punts. The Bulldogs show signs of life when Taylor again finds Miller for a big gain but a poor throw the following play results in an interception. The offenses continue to struggle on both sides until the last play of the half when Taylor finds Toby Seim over the middle, scorching Portland with a 45-yard touchdown bomb.

The third quarter begins with a steady dose of Taylor and running back Donovan Dunmore driving the ball down field. But the drive stalls and the Monarchs take the opportunity to even the score with another deep 57-yard touchdown pass from DuPont to Bijan Tavazoie.

The Monarchs' defense stiffens and pushes the Bulldogs back to their own goal line as the fourth quarter begins with a safety. The Bulldogs rally and on the following Monarchs possession Miguel Pierre plucks another interception out of the air giving Bellingham another opportunity. A series of penalties kill the drive but the Bulldog defense was not giving in. Forcing a punt deep into their territory, Bellingham's Dunmore would make the best of a short field, ripping through Portland's defensive line for a 42-yard touchdown run.

The Monarchs' special teams would gain the upper-hand, pushing deep into Bellingham territory on a big kick return. The Bulldogs' goal line defense had stopped Portland's charge for four straight downs but a costly penalty gave the Monarchs a fresh set of downs. Bellingham again stops two runs short of the goal line and nearly intercepted a pass but DuPont was finally able to punch in a 2-yard touchdown dart to tight end Steven Littleton.