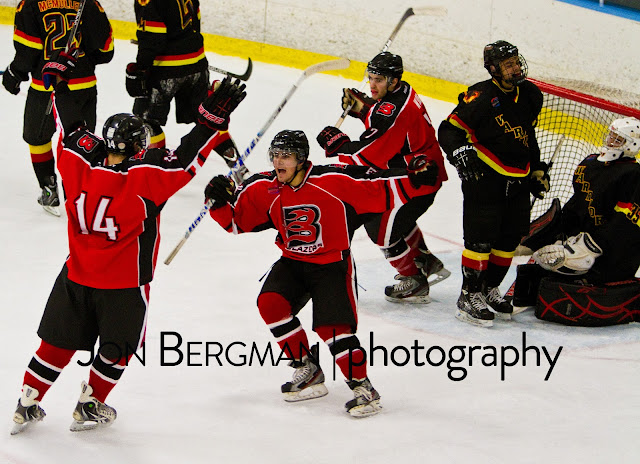 Sparks set the Blazers fire early as Bellingham started their home game against the West Sound Warriors with two goals in the first period. The flames were fanned in the second period when, prior to the drop of the puck, Blazers Derek Davis and Warriors Graham Collins began fighting. The inferno raged as the Blazers scorched the net with four more goals. The Warriors tried desperately to control the blaze, scoring once in the first period and twice more in the second. The Warriors scored again twice but the effort was extinguished by the end of the third period as the Blazers burned the Warriors with two more goals. Final score 8-5. Click here to view photos of the game.
Posted by Jon Bergman Photography
Email ThisBlogThis!Share to TwitterShare to FacebookShare to Pinterest