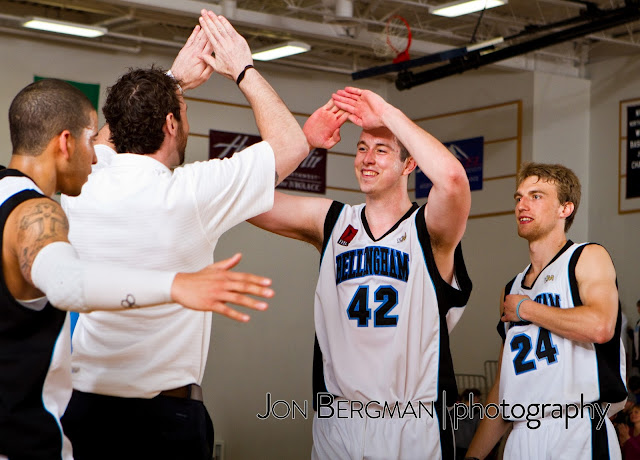 Whatcom Pavilion played host to the rematch between 2012 International Basketball League Championship competitors; the Bellingham Slam and the Portland Chinooks Monday, May 27th. Portland jumped out to an early lead and held firm for the entire first half. The fierce competition boiled over at one point, resulting in a technical foul and ejection of Slam guard Drew Ready. Although it is unclear of the reason. The Slam managed to tie the game in the last second of the first period but lost momentum in the second, trailing by three at the half. The third quarter saw Portland jump out again and dominate leading Bellingham through the third period. The Slam were down 71 to 88 at the beginning the fourth and trailed most of the period. With 16.5 seconds remaining Bellingham was down by two points. From the inbound pass the ball ended up in the hands of center Evan Matteson, who took a contested shot from behind the three-point arc and buried the ball with 0.5 seconds left to play. The Chinooks would commit an offensive foul sending the Slam to the free-throw line, putting the game out of reach. Final score: 106-105. Click here to view photos from the game.
Posted by Jon Bergman Photography
Email ThisBlogThis!Share to TwitterShare to FacebookShare to Pinterest