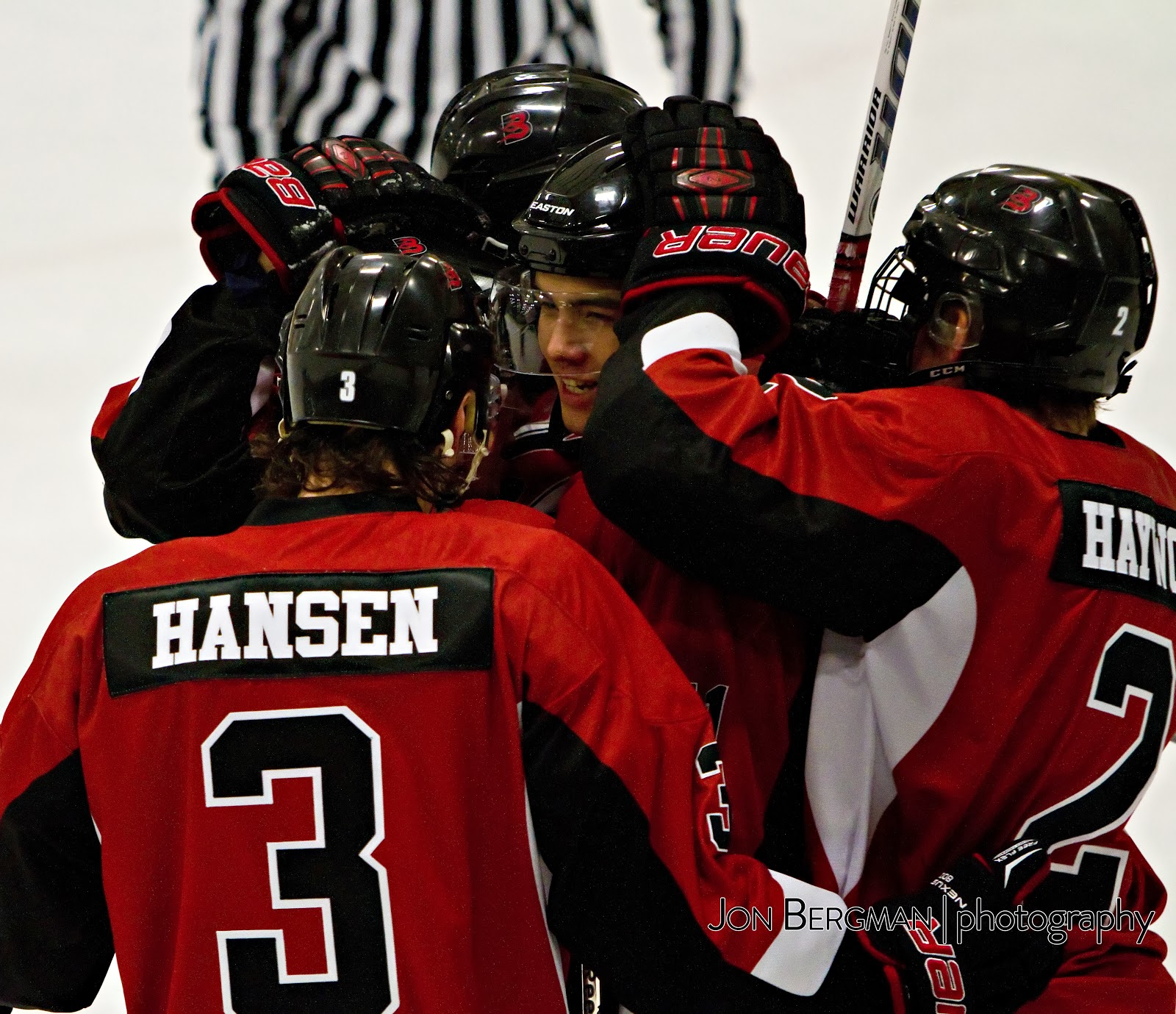 The Bellingham Blazers continue to dominate the Northern Pacific Hockey League, wining their 26th game on the 2013-2014 season over the West Sound Warriors Friday, January 17th at the Sportsplex. Both teams came out skating hard and fast but Bellingham proved to be too much for West Sound to handle. The Blazers out-shot the Warriors 58-35 shots-on-goal lead by Mason Wade who scored a hat trick in the effort. Final score: 6-3. Click here to view photos from the game.
Posted by Jon Bergman Photography
Email ThisBlogThis!Share to TwitterShare to FacebookShare to Pinterest