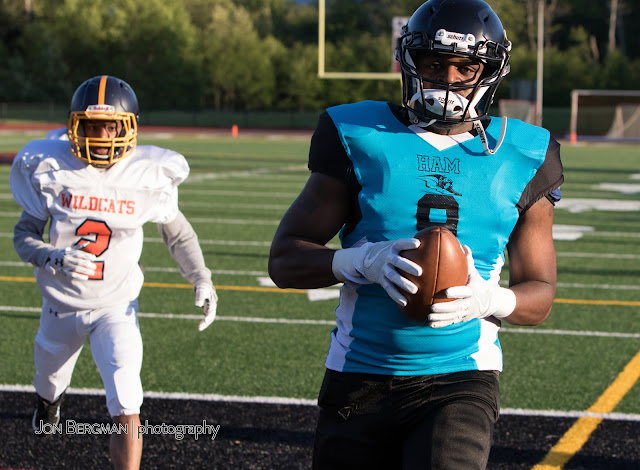 
The Predators remained scoreless throughout the first half as the Bulldogs offense began to ramp up. Bellingham scored 45 unanswered points heading into the third quarter. Everett would not quit, with a quick change at quarterback, the Predators turned a second and long into a 60-yard touchdown scramble down the sidelines. This would prove to be their only points as the Bulldogs brought down the hammer, closing the game out on a 100-yard interception return of a touchdown as time expired. Final score: 58-6. Click here to view photos from the game.
Posted by Jon Bergman Photography
Email ThisBlogThis!Share to TwitterShare to FacebookShare to Pinterest